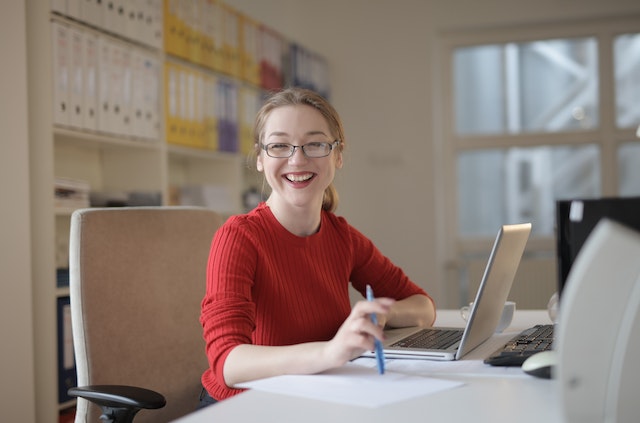 ‍Are you considering applying to a college within the UC system? Read on to learn more about the best UC schools.

The University of California's family of schools are some of the most recognizable schools in the nation, and for a good reason.

When it comes to choosing a school within the UC system, which ones are the best choice? We'll be counting down the best UC schools for undergraduate education, breaking down the acceptance rate, tuition costs, and GPA requirements.

Keep in mind, when it comes to tuition, we will not be considering any other costs, such as room and board, food, etc. The total cost of living differences may vary between schools.

For your consideration, read on to learn about the best UC schools.

Because the UC schools all belong to the same family, they generally have the exact basic requirements. For example, all schools have eliminated the SAT/ACT requirement for admission and require a minimum GPA of 3.0 for residents and 3.4 for non-residents for consideration.

Despite having a basic GPA requirement, you'll want to aim for as high of a GPA as possible, especially if you're considering applying to more prestigious schools within the family, such as UCLA and UC Berkeley.

As for any college application, you must have completed high school or received your GED to apply successfully.

Since the UC system has such a significant presence in California, it's ideal for them to have California residents at their campuses.

Suppose you're a California resident who does not receive an acceptance to any of the colleges of your choice. In that case, you will automatically be considered for a UC campus with open spots as long as you rank in the top 9% of your graduating class or in comparison to all of California's high school students.

Another added perk of the UC school system is that you can be considered for all UC schools when you apply. This will save you time and stress, as you won't have to worry about handing in your college applications on time!

Here, you'll find a list of the best UC schools within the system. Read on below!

UC Berkeley is first on the list of best University of California schools.

Established in 1868, more than 150 years ago, UC Berkeley has had a long history of scientific and innovative milestones and social and cultural movements.

Berkeley is the most selective out of the UC family, as they are looking for students with the same problem-solving and difference-making mentality that many of their alums already possess. The acceptance rate at Berkeley is 15%.

Berkeley has pioneered the idea of approaching applications with a holistic view. The admissions council knows that grades sometimes tell only some of the story. Therefore, they will evaluate applications based on students' life experiences, supplementary essays, and values.

However, since UC Berkeley is so competitive, successful applicants usually have a high GPA. For context, the admitted first-year class of 2019 had GPAs of 4.15-4.30.

If you're craving a fast-paced city life, you'll want to choose the second UC school on our list; the University of California, Los Angeles, otherwise known as UCLA.

Founded in 1919, it boasts many different award-winning programs, like engineering, management, and law, and, like its sister school Berekely, is consistently ranked as one of the best colleges worldwide.

Admissions for UCLA are competitive as well, with an average acceptance rate of 11%.

When it comes to tuition, you can't get a better bang for your buck than UCLA. The school provides a world-class education for less than a world-class cost. As a matter of fact, in 2019, Forbes rated UCLA 4th for the best value in the nation.

In contrast, if you're looking for a more suburban feel when it comes to college, look 100 miles out from UCLA and check out UC Santa Barbara. The school is recognized as a leader in the sciences and research.

As a result of its success, admissions at UC Santa Barbara can be selective. The current acceptance rate is around 29%.

Established in 1965, UC Irvine is the youngest member of the Association of American Universities, an organization composed of America's leading research universities.

The school is known for its state-of-the-art research practices, alongside leadership in sustainability and diversity.

If you're a non-resident of California planning to go to UC Irvine, you're in luck; in regards to tuition, the school does not charge extra for those that attend from out of state. Both residents and non-residents will pay a tuition of $11,928 per academic year.

If you're a lover of the ocean, you will want to take advantage of attending UC San Diego. Located in the coastal community of La Jolla, San Diego, UC San Diego is well known for its biology and science programs, ranking in the top 10 of many.

If you're a California resident planning to attend USC San Diego, you'll pay $17,361 in tuition per year. However, if you're attending from out of state, you'll have to pay more - $31,026 a year.

Dubbed "California's college town," there's never been a place more welcoming for college students than Davis, California - home of UC Davis. The school is a tier-one university and is an excellent pick for anyone that is a natural problem solver dedicated to helping residents of California and the world.

UC Davis has an average acceptance rate of 49%. If you're a prospective student looking to attend this school, you'll need an average GPA between 4.05 and 4.29.

UC Davis is one of the more affordable schools within the UC system and has long been recognized as a school with remarkable value due to its reduced tuition and prime location in a low-cost-of-living area. California residents can expect to pay $13,104 for tuition yearly, with non-residents paying $31,026 a year.

UC Santa Cruz combines the best of both worlds - a small, liberal arts college feel combined with an extensive public university system, so you don't have to choose between both!

You'll also get the best of both worlds with its beautiful campus setting - due to its proximity to the Pacific Ocean and California's breathtaking mountains.

Did you know that UC Riverside was named the #1 Public University for Social Mobility in the nation? The school prides itself on a diverse background of students with a strong will to be change-makers for our future.

The acceptance rate for UC Riverside is 66%. Note that 70% of undergraduate students are commuters, and first-year students do not live on campus.

Tuition at UC Riverside is the same for resident and non-resident students; one year of tuition will set you back $13,104.

UC Merced is the newest school to join the UC system, established in 2005. Despite its short years of tenure, the school has still managed to maintain an excellent reputation. With only 25 programs, you'll get a more intimate feel for your classes and studies, an experience unlike any other school within the UC family.

Choosing the Best UC School for You

Nine different schools within the UC family can be a large variety to choose from, so if you would like to attend college in California, you'll want to pick the school that best fits your needs, wants, and desires.

Your choice should also primarily depend on the undergraduate program you choose to study alongside your preferred campus setting. Do you prefer the hustle and bustle of city life or a more laid-back, suburban environment? Are you up for large class sizes, or would you rather have smaller and more intimate classes?

Whatever your preferences are, there's no doubt that one school in the UC system is right for you. Making that choice requires a little bit of research and soul-searching on your part!

If you still have questions about the best schools in the UC system, we've answered the most frequently asked questions below.

1. Which UC School is the Best?

While any school within the UC system is a good choice for your undergraduate degree, based on its prestige, cutting-edge programs, and award-winning faculty, the University of California- Berkeley can be defined as the best UC school.

2. Which is the Nicest UC Campus?

While the definition of the nicest UC campus depends on your personal preferences, there's no denying that UC Santa Cruz is a great pick based on its proximity to the ocean and California's beautiful mountains.

3. What is the Hardest UC School to Get Into?

The most challenging UC school to get into is UCA, with an acceptance rate of 11%.

The UC system of schools is world-renowned for a good reason. Each of the ten schools within the family offers an undergraduate experience unlike any other.

Whether you prefer a smaller, tight-nit or busy and populated campus or one with a liberal arts feel, there is a UC campus school for everyone. Make sure that the one that you choose is an excellent fit with your likes, dislikes, and personality. We wish you the best of luck with your application! 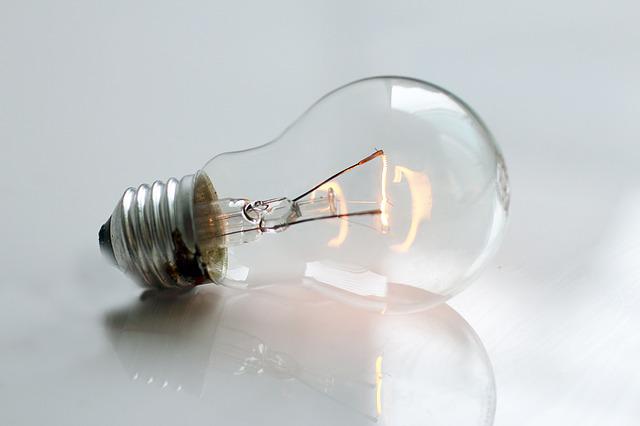 College Essay Topics to Inspire You 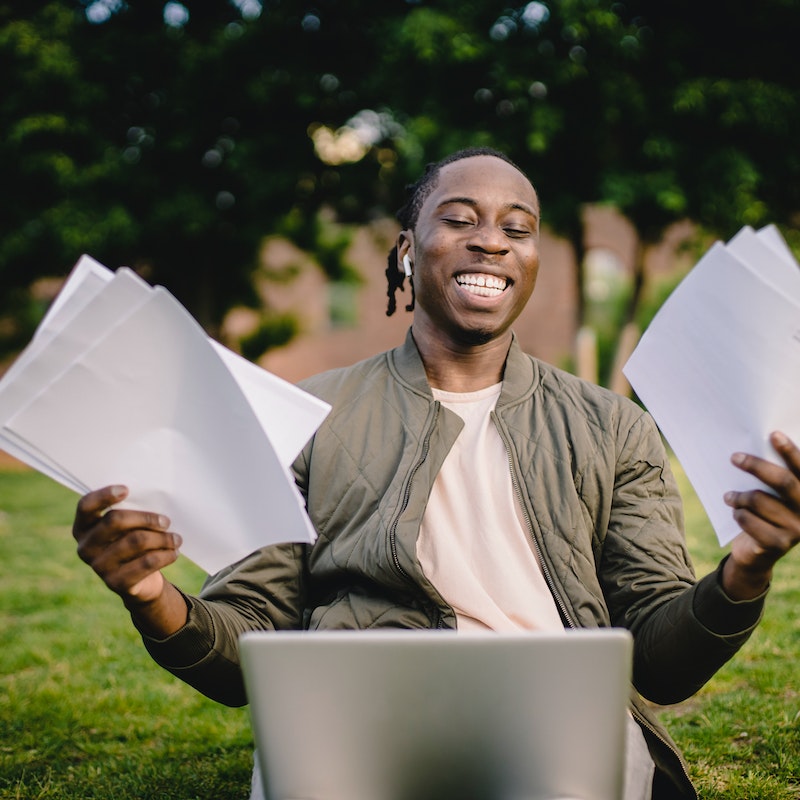 How to Get Into Clemson University