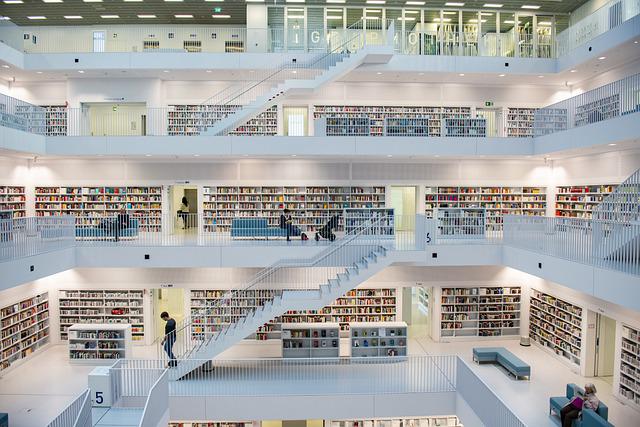 Are you interested in studying literature, philosophy, history, science, or all of the above? Read on to learn more about the best liberal arts colleges the nation has to offer.

A co-host of Good Morning America, Martha Stewart, and a Chemistry Nobel Prize winner all walk into a bar. What do they have in common? They all graduated from liberal arts colleges!

Best Liberal Arts College in the US

Ranking first as the Best National Liberal Arts College is Williams College. With over 50 areas of study to choose from, Williams offers innumerable opportunities for students to discover their passions. As a top-ranking school, this university is highly selective, with an acceptance rate of only 15%.

Considering this low acceptance rate, students interested in joining this school will need to have a high GPA and high SAT scores. The average GPA of accepted students is around 3.9, and their SAT scores range from 1410-1560.

Tuition costs are also high at this school, costing $61,450 a year.

With an even more competitive acceptance rate than Williams, Amherst accepts only 12% of all applicants. Unsurprisingly, Amherst students have an average high school GPA of 3.9-4.0 and SAT score of 1410-1550.

Another top liberal arts college is Swarthmore College, which ranks third as the Best National Liberal Arts College. Swarthmore is committed to building a diverse, equitable, and inclusive community to enrich their students’ experiences and expand their worldviews.

As an added bonus, Swarthmore was actually named one of the most beautiful campuses in the country by Forbes! Just look at this magical outdoor amphitheater where you can attend your lectures!

With the lowest acceptance rate on this list, Swarthmore college accepts only 9% of all applicants! Accepted students have an average GPA of 3.9-4.0 and SAT score of 1395-1540.

Coming in fourth place as the Best National Liberal Arts College is Pomona College, a college that fosters a close community that guides students to make major contributions as the next generation of leaders, scholars, and artists.

Attending this college costs around $58,818 a year.

Wellesley College places fifth as the Best National Liberal Arts College and focuses on the shared experience of intellectual and personal growth. Wellesley places special emphasis on being a scholarly beacon for women around the world and is an all-girls college.

Wellesley has a higher acceptance rate than the colleges discussed thus far, accepting 20% of all applicants. However, they still have high expectations of their applicants, as the average GPA of accepted students is 3.89-4.0. The average SAT scores range from 1350-1520.

The tuition costs to attend Wellesley are similar to most high-ranking liberal arts colleges, costing $61,584 a year.

Ranking sixth as the Best National Liberal Arts College is Bowdoin College. According to their mission statement, Bowdoin is dedicated to admitting students of uncommon promise and uncommon character that demonstrate curiosity and a willingness to take risks.

Feel like you match this description? Well, considering this college’s low acceptance rate of 9%, you’ll need to also prove your academic potential! The average GPA of accepted students is 3.8-4.0, and the average SAT scores are 1330-1510.

Ranking seventh as the Best National Liberal Arts College is the United States Naval Academy. While this college educates midshipmen to join the US Navy and Marine Corps, it’s still worth mentioning if you’re interested in the Navy. Graduates from this college also earn a Bachelor of Science in their chosen major.

Like many other schools on this list, USNA only accepts 9% of all applicants. The average GPA of accepted USNA students is 3.8-4.0, with average SAT scores of 1230-1450.

Unlike the other schools on this list, the Navy covers the full cost of tuition for enrolled students! Students are actually paid $1187.80 per month to cover personal expenses.

Claremont McKenna College is another one of the best liberal arts colleges, ranking eighth in the nation. Since 1984, this college has been preparing students for thoughtful and productive lives in various professions and is best known for its economic and government studies.

Ranking ninth as the Best National Liberal Arts College is Carleton College. What sets this college apart from the rest is its unmatched teaching in a close-knit community where intellectual curiosity leads to lifetime exploration. In fact, Carleton’s faculty ranks number one in teaching year after year.

With one of the highest acceptance rates on this list, Carleton accepts 21% of its applicants. The majority of accepted applicants have a GPA of 3.79-4.0 and SAT scores of 1330-1520.

The cost to attend this school is around $62,244 a year, making this the most expensive liberal arts college on this list. To ease the financial burden of attending this school, you can apply for scholarships that cover the full cost of tuition.

Washington and Lee University ranks 11th as the Best National Liberal Arts College. This small liberal arts college is known for its personal and engaging undergraduate experience and School of Law, in case you’re interested in becoming a lawyer.

This school’s acceptance rate is 24%, which is the highest acceptance rate on this list! Prospective students should aim to maintain a GPA of 3.67-4.0 and score between 1350-1500 on their SAT.

Davidson’s acceptance rate is relatively competitive at 20%. The average GPA of accepted students is 3.7-4.0, and the average SAT scores are 1300-1460.

Tying for 13th place is Grinnell College. This college promises a world of intellectual freedom where students are in charge of how their studies take shape. Grinnell deeply values community and even calls all of their students and staff Grinnellians!

Only about 19% of all applicants actually become Grinnellians. The average GPA of the accepted students is 3.75-4.0, and the average SAT scores are 1353-1538.

Prospective Grinnellians can expect to pay around $60,988 a year for tuition.

To answer any remaining questions you might have, here are the answers to frequently asked questions about liberal arts colleges.

1. What is the Number One Liberal Arts College in America?

Williams College is the number one liberal arts college in the nation.

2. Is a Liberal Arts College Worth it?

Yes! Liberal arts colleges allow students to explore a wide range of subjects and gain a broad yet extensive education that can be an asset in any field!

3. What Can You Do With a Liberal Arts Degree?

A more suitable question would be: what can’t you do with a liberal arts degree? Aside from getting a job in the art field, liberal art majors find jobs within the STEM field, in business, marketing, sales, and more.

Liberal arts degrees are essentially useful in any job! These majors are able to add a “human touch” to every field they enter.

4. What GPA Should I Have to Get Into a Liberal Arts School?

To get into a top-ranking liberal arts school, you should aim to maintain a GPA of 3.6-4.0.

5. Is it Hard to Get into Top-Ranking Liberal Arts Colleges?

Since the acceptance rates of the schools on this list range from 9%-24%, it’s difficult to get into high-ranking colleges!

6. Does the Liberal Arts Include Math and Science?

Yes! Basic math and science are part of liberal arts and can be studied in depth depending on what courses you take.

Getting Into the Best Liberal Arts Colleges

Now that you know what the best liberal arts colleges are, you should be able to decide which school is best for you! Since many of these schools are competitive, once you choose your top schools, let Quad Education’s team of experts help you craft stellar applications! 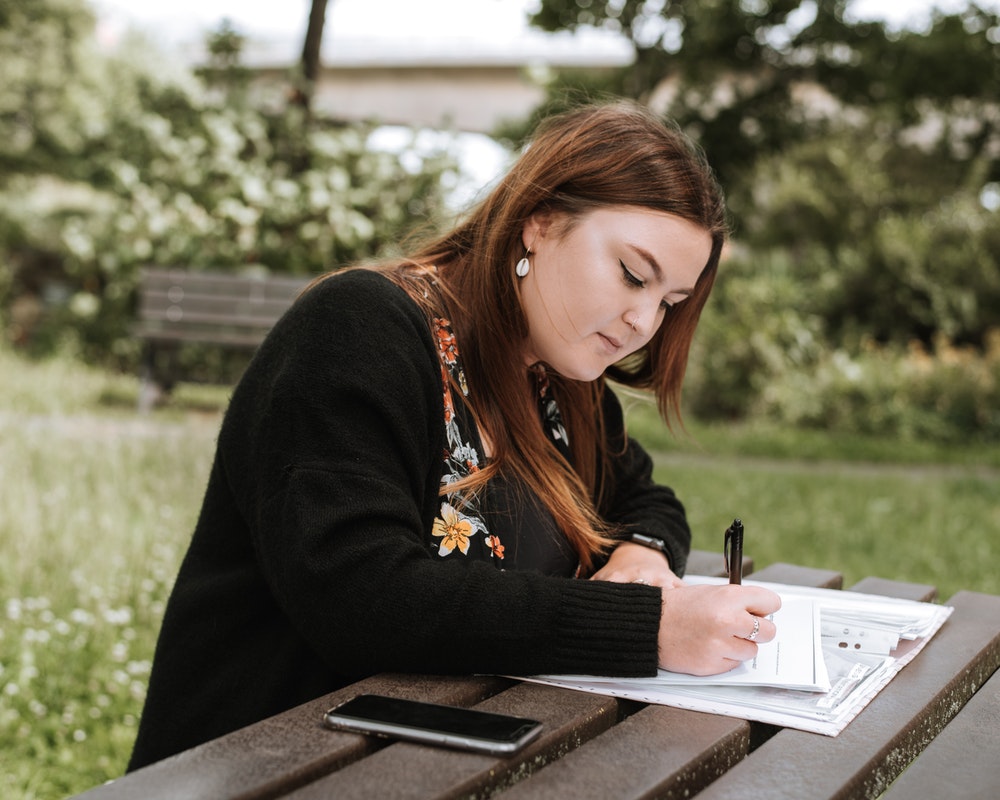 How to Write a Stellar “Why Columbia” Essay 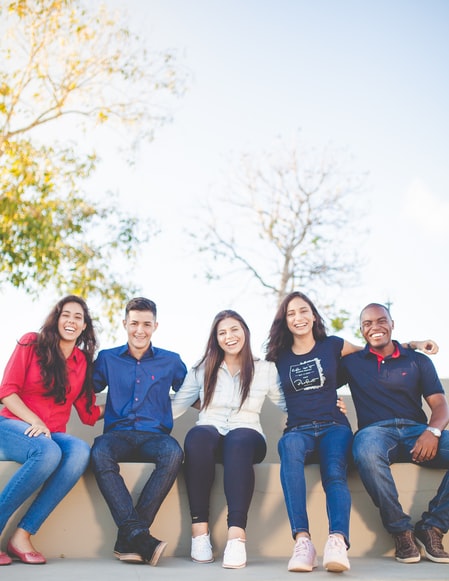 How To Get Into UPenn: The Ultimate Guide