Southern Ivy League Schools: What You Need to Know 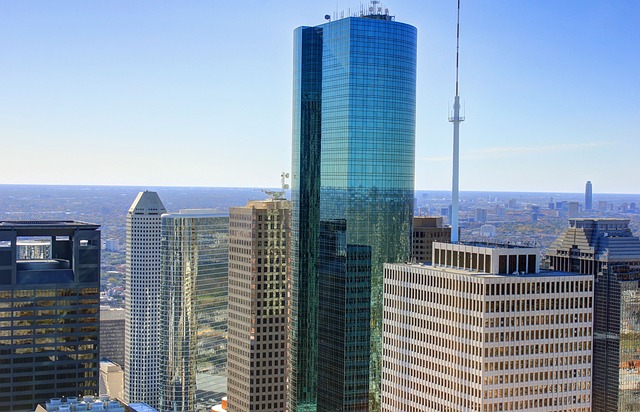 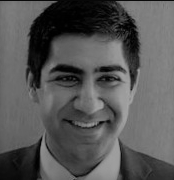 What are the Southern Ivy League Schools?

The term Southern Ivies describes an informal list of schools that rival the Ivy League schools in terms of notoriety, academic excellence and rigorous admissions.

The so-called ‘Magnolia Conference’ was cooked up by the chancellor of Vanderbilt University to foster relationships with other schools through athletic competition.

However, making the conference official never came to fruition, and in 2022, the list of schools ranking among the best in the country has widened beyond the original league. These days, most of the original league, along with a few newer schools, have come to be known as ‘Southern Ivies.’

Southern Ivy League Schools: What You Need to Know

A famous name or belonging to an elite list isn’t the only thing that makes a school worthy of consideration. Duke and Vanderbilt currently rank higher than a few official Ivy League schools (Cornell comes in at #13, Brown at #26) on Forbes. And in addition to high rankings, each has a lot to offer in terms of student lifestyle.

While a Forbes ranking isn’t everything, at least when it comes to prestige, it does reflect the overall value of a school’s diploma. Forbes takes into account a number of factors when ranking schools–namely, how debt and graduate earnings measure up.

In that vein, U.S. News has similarly come up with several different ranking systems to compare value, in some cases even narrowing down a list to each program.

A number of Southern Ivies also rank high in their Best National Universities Ranking. Take a look at this table comparing the Southern Ivy Leagues’ rankings.

Here is a quick glance at 10 of the highest ranking schools in the South, according to both Forbes and U.S. News.

Located in Durham, North Carolina, Duke University is the highest ranked school in the South, according to several ranking systems. US News ranks Duke at number nine in the National Universities rankings, and 13th in Best Value Schools.

Aside from being a true Southern Ivy academically, Duke is an athletic powerhouse. A target for men’s Basketball players, the Blue Devils are said to be in the top 5 teams in the history of the sport at the college level.

If you’re looking to live somewhere that offers a little extra outside the classroom, Vanderbilt University, in Nashville, Kentucky is the place for you.

The school has a lot to offer to those with diverse interests. Are you a math whiz by day but guitarist by night? This is the place to go. Nashville is known for its deep roots in the music industry, so if you love live music, you could catch a show or two on a study break.

Vanderbilt offers just over 70 undergraduate majors and a full range of graduate and professional degrees across 10 schools and colleges. If you somehow manage to get stir-crazy, you can take advantage of the school’s study abroad program, offered in just over 40 countries.

Staying with schools in urban settings, Rice University is another great option for city-slickers when it comes to high ranking schools in the south. Located in Houston, it offers a “dynamic student life in the nation’s fourth largest city” according to its profile page in the U.S. News school rankings.

The Rice Owls have won 14 varsity NCAA Division I championships, and are well known for their strong baseball program. However, if you’re more interested in being in the bleachers than on the bench, there’s a perk for you: students receive free tickets to all varsity athletic events.

Not to mention the interesting history of the school, which involves the murder of its millionaire founder by his valet. But murder-mysteries and athletics aside, the school is best known for its strong business and engineering programs.

If you’re looking for a more insular college-town experience, University of Florida is worth considering. Located near Gainesville, the campus has a very suburban feel and does not require freshmen to live on-campus.

This school has a diverse set of prominent programs that range from journalism to agriculture to business. U.S. News highlights the extremely high ratio of faculty to students– which sits at about 17:1 and over half of the classes offered have fewer than 20 students, so if you’re looking for a more intimate learning environment comparable to a high-school class, this is the school to attend.

It is also the home of the renowned Florida Gators, who famously acted as test subjects for the popular sports drink ‘Gatorade’, which you may need to drink after partaking in a ‘Gator Night’ which offers free entertainment and midnight snacks to students.

Another classic college experience, students at Emory in Atlanta tend to spend all four years living on-campus. It would follow that there’s a Greek community that’s running strong.

If hitting the gym is important to you, Emory may be your place to call home. All undergraduates are required to take two courses in physical education, even if you’re not participating in Varsity athletics. But it’s not all about being a jock, Emory boasts strong science, business and economics programs.

But the school has other extracurricular programming that stands out. For example, its student-run radio station and newspaper. The school also has an incredibly high ratio of faculty to students at 15:1, and just under half of the classes are made up of less than 20 students.

If a deep-rooted history screams prestige to you, this school might be it. Started by Thomas Jefferson, the University of Virginia is a part of Charlottesville’s extensive history.

The University of Virginia boasts one of the highest graduation rates among public universities at 94 percent, and it’s easy to see why; there’s something for everyone.

The school highlights the wide variety of local entertainment, claiming the city has the highest number of restaurants per capita, and yet there’s also refuge for those who feel more at home in nature.

Many students opt to head out into the hills for some skiing or snowboarding in the winter, or onto the Rivanna river in the summer. There’s even a regular environmental cleanup event that allows students to make use of the school’s fleet of watercraft for free.

Speaking of history, William & Mary, named after the King and Queen who founded the school, is the second-oldest school in the U.S. (the first being Harvard.) That’s right, the school dates back to 1693, back when the U.S. was not the U.S. at all, and Virginia was still one of the 13 royal colonies.

As such, it is fitting that the school has been ranked the best by U.S. News & World Report for its graduate program for U.S. Colonial History. Even with such an illustrious history, William & Mary is also known as a ‘Public Ivy’ and it is one of eight schools in the country with that designation.

If you’re a world traveler, the Georgia Institute of Technology has expanded quite impressively beyond its namesake state. Other than the campuses in Savannah and Atlanta, Georgia Tech also has campuses in Costa Rica, France, Ireland, Singapore and China.

As an institution that seeks to produce forward-thinking engineers, the school has a history of being ahead of the curve. Georgia Tech was one of the first to admit women in 1952, and it claims to be the first university in the Deep South to admit African-American students without a court order in 1961.

University of Texas at Austin

You know the saying, everything is bigger in Texas, and it actually is true when it comes to this school. The University of Texas is said to be one of the largest in the U.S.

There are 156 programs within 13 schools for undergraduates to choose from, and over 1,100 clubs and organizations for students to throw themselves into. The university also claims to attract a whopping $650 million in funding for its research.

The school has no shortage of projects ranging from psychological studies on speech processing, to engineering studies involving machine learning that undergraduates can participate in.

Still mulling over which school is right for you? Or in a rush? Here are some fast facts about the Southern Ivy League.

1. Are There Any Ivy League Schools in the South?

No, not officially. But Duke ranks higher than two official Ivy League schools in two rankings systems, and a number of the other schools rank higher when it comes to the best school for value.

2. What Is the Most Prestigious School in the South?

Yes, though figuratively speaking, there isn’t an official list for the Southern Ivy League. Duke is the top ranked school in all the Southern states.

While there are no ‘official’ Southern Ivy League Schools, there are plenty of schools to choose from that are well-respected, have a long history, and whose programs are recognized as having great value for money. 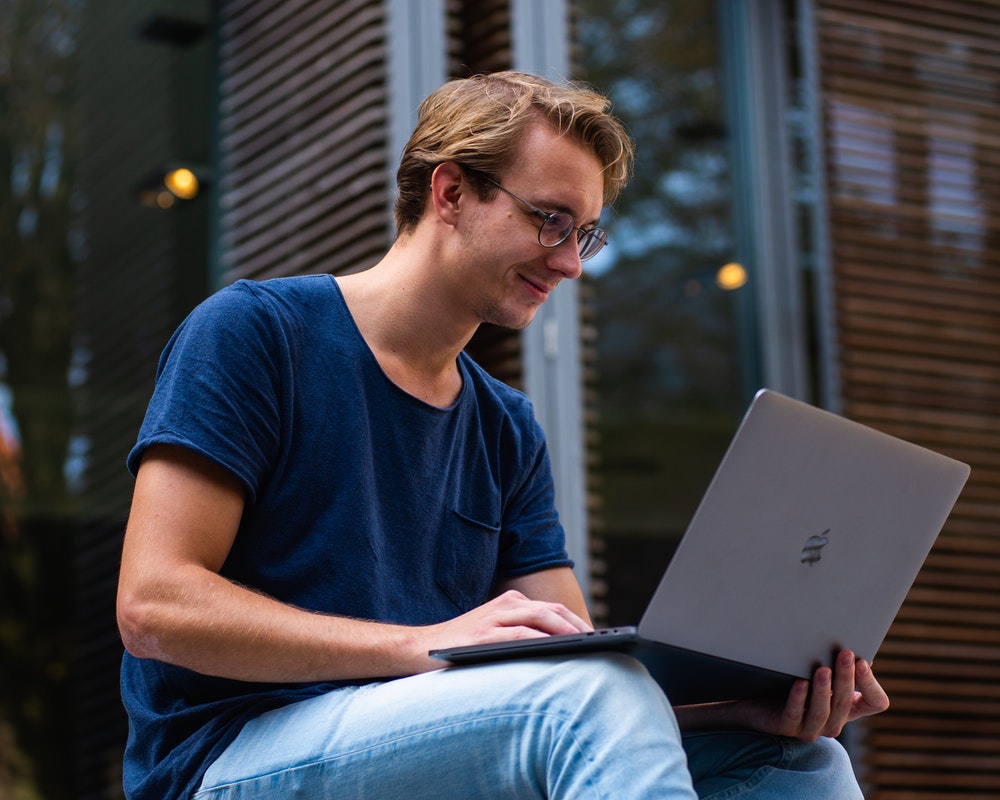 How to Get Into Hamilton College 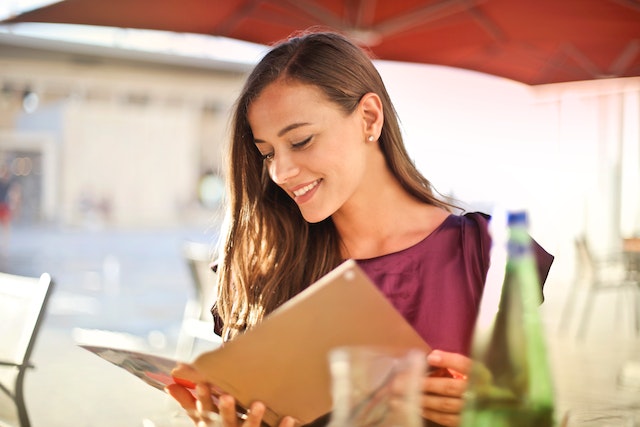